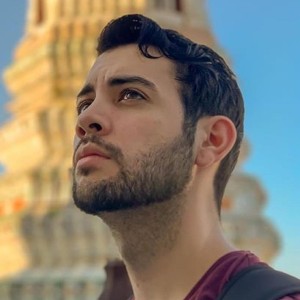 How to Repel Mosquitoes While Camping

Affiliate Disclosure We may earn a small commission when you make a purchase through our links. Read our editorial & disclosure policy to learn more.

Camping is a great activity for people who love spending time outdoors in the comfortable solitude of nature. You can unwind under the stars, listen to the crickets chirp uninterrupted, and hike up less trodden paths to see breath-taking views. Spending time among wildlife is the perfect way to spend your days – well, almost perfect.

Speaking about camping makes me remember one of my earliest memories of venturing out into the open. I was about seven years old when my dad took a week off from work and decided to have a father-son trip up in Yosemite. I was extremely excited. I would be finally be living the rugged lifestyle of a pioneer. Eventually, it came time for us to venture up to Yosemite National Park and we drove up without a problem. We went to our campsite, grabbed a quick bite to eat, and set out to hike up to one of the waterfalls. Everything was great and I was having a blast – until I noticed a strange itching sensation on the back of my forearm.

I had just experienced my first encounter with a mosquito (better known as nature’s model of a living injection needle). The tingle originating from the bite didn’t bother me for the first few hours, but believe me when I say the persistent nagging sensation to scratch the irritation off was too much for me to bear at my ripe young age. What would have been a fantastic excursion was forever tainted by this pesky little mosquito, and I’d hate for anyone else’s exploration to be ruined like mine was.

Here’s a little background on the creature we all love so greatly: Mosquitoes (Pronounced Mo-ski-toes)
“Mosquito” is a loose Spanish translation for “little fly”
The little bloodsuckers can “drink” up to three times their body weight in liquid (The largest mosquitoes can weigh almost 10 milligrams!)
But don’t worry, it’d take more than one million mosquitoes to drain a grown human being. Mosquitoes don’t have any teeth at all. They “bite” humans using a long, needle-like nose called a proboscis

While the average male mosquito can only live about ten days, the females can live up to two months (six months if they hibernate!)
After maturing, females lay approximately 300 eggs every 3 days
From this information, you now know the mosquito better than some of your relatives. Fantastic. But, let’s discuss what matters most:

Mosquitoes are silent biters (which just means that unless you see them, you won’t know that you’re being bitten – the bite is initially painless)
They can bite you at any time during the day or night, so don’t think you’re invulnerable during your sleep

Some mosquitoes can transmit viruses and infections, like Malaria or Yellow Fever, into your body through sucking your blood
The skin at the bite site swells up because the body experiences a natural and mild immune reaction to molecules in the mosquito’s saliva

Unlike bees, mosquitoes don’t simply die after they interact with you – they continue sucking until they’re full, rest and digest the blood, and ultimately start the process all over again
Mosquitoes are attracted to your warm body temperature, the Carbon Dioxide released when you breathe, and even the specific odors in your sweat that make you so unique

Mosquitoes are attracted to your warm body temperature, the Carbon Dioxide released when you breathe

Now that you’ve been properly introduced to my humble friend, let’s return to my story. The day after I was bit I awoke to a huge, gaping lump protruding above my right arm. It itched like hell, and because we hadn’t anticipated for an absolute catastrophe of this magnitude we hadn’t brought along anything to help appease the sensation.

Ways that you can repel mosquitoes while camping.

The most common way that people are familiar with is the classic bug spray. While several brands exist, all of them work through the same basic principle of masking the chemical molecules that attract mosquitoes to you. This includes disguising the intrinsic scent in your sweat and obscuring the Carbon Dioxide in your breath, ultimately deterring mosquitoes from sensing you. However, it’s important to remember that most bug sprays, like those used specifically for mosquitoes, only repels bugs without harming them. Bug sprays coat your skin and act as a shielding layer, but you’ll have to reapply it regularly as the day goes on and you remain active.

While bug spray is the most frequent choice in terms of repelling mosquitoes, Bug spray might not be suitable for everyone. Younger children might want to avoid the chemicals present in the spray, and some people might be sensitive to those molecules as well. Essentially, anything that changes your smell to anything distinctly inhuman will do the job.

One method would be burning sage at your campsite. Lighting a campfire is an activity to look forward to when camping, and setting a fire can be a great teaching opportunity for those who are more experienced. Mosquitoes hate the smell of sage so you can be sure that your journey will remain much more pleasant if you decide to burn a little bit. The only side-effect will be that you’ll be smelling like sage as well, but it might be worth considering if that’ll stop the torrent of bites that might ensue. Likewise, you could use any herb or aromatic material, like mint leaves, strong-smelling wood, and rosemary.

Essentially, anything that changes your smell to anything distinctly inhuman will do the job

With the climate becoming so ever-slightly warmer every year, mosquitoes will only become more active than they are now. While mosquitoes may seem rather useless and nothing more than a common six-legged pest, we couldn’t let all mosquito species become extinct because of the giant effects such a catastrophe would have on the environment. We can coexist with mosquitoes happily if we make a conscious effort to do so, and by following some of the tips in this guide, without a single nefarious bite.

It can go without saying that winter camping comes with its challenges depending on the experience you are trying to achieve. Some may decide to

How To Make Coffee While Camping: 2 Fast Methods

The smell of a warm cup of coffee is enough to brighten someone’s day. From the comfort it brings to the energy it provides, coffee

How to Repel Mosquitoes While Camping

Camping is a great activity for people who love spending time outdoors in the comfortable solitude of nature. You can unwind under the stars, listen

We want to keep you in the know, so become our family! Together we can Camp Strong.

Affiliate disclosure: As an Amazon Associate, we may earn commissions from qualifying purchases from Amazon.com.